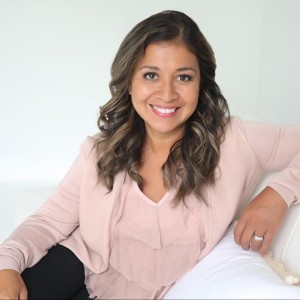 Faviola Valencia - Aranda is a Business Coach, Spanish Interpreter, Translator, Interpreter Trainer, Blogger, Multi-passionate Entrepreneur, and former CEO. Since the inception of her business in 2000, she's been helping small to Fortune 500 businesses Break the Business and Language Barrier. Need help starting or growing your business?
All Posts

Your Voice; Keeping it Healthy

If you work as an Interpreter, Dispatcher or even in a call center, your job depends on your “voice”, right? Therefore you are considered an “occupational voice user.”
Therefore you are “The Voice”, that is your tool and the most valuable tool you have in order to convey your message and get your job done.
So, whether your an Interpreter, Conference Interpreter, Dispatcher, or work in a call center your voice is your only link with the customer.
Therefore it’s important that you take care of your voice and that you maintain a healthy voice in order to get the job done.

And a hoarse voice from an Interpreter, or call center agent (CCA), or dispatcher carries the same negative impression as a worn-out outfit and can detract from building credibility and or doing your job the right way.

Little Story: A few years back I was doing a Conference appointment for the State, I actually had a team interpreter (who was sick) and was “coughing up a storm.”

Having a sick interpreter onsite who’s unable to do his/her job (use their voice to speak) affects all those in the room.  This situation not only did it affect the overall assignment, but it was a major distraction and also put on more stress on me – because I had to complete the job myself because my partner was sick with laryngitis.

So a healthy voice is crucial because you are constantly talking and using your voice to do your job and if you don’t take care of your voice, you are at risk for damaging your voice and developing hoarseness.

Overall, Interpreters, Dispatchers, CCAs with voice problems is bad not only for them, and those who use their Voice to work but also it’s bad for business.

I’ve learned from some Voice experts who now think that voice problem is a form of repetitive motion injury because the vocal cords are being injured by overuse, similar to the way data entry personnel may develop carpal tunnel syndrome.

This is interesting, isn’t?

Did you know that when we talk, the vocal cords vibrate about 200 times a second for women and about half that for men?

That can add up to more than a million cycles of vibration during a workday at a call center causing vocal injury this is also true for singers, interpreters, dispatchers, call centers, etc.

As a professional conference interpreter who’s constantly working and who uses her voice to work, it is so important to take care of your voice!

True Story: About 4 years ago (I was a major workaholic)…

I was 🤔😊working all day, every day and would not take breaks in between.  I also didn’t like working with other colleagues (I had bad experiences with other agency interpreters) and therefore prefer to work alone – “loner”…Oh well!

Also during this same time frame, I was working for a whole straight month non-stop during the winter months and around November.

Unfortunately while working at a conference my Voice literally starting squeaking, I could NOT Speak, my voice started sounding horsy like, my chest started to hurt, my throat was just feeling horrible, I started to sweat, got dizzy and literally passed out!

Apparently, I had walking pneumonia and laryngitis and ended up in the hospital (after my assignment)!

I failed to listen to my body!

I was just so excited about the work, I love what I do and was just on a roll – “Go-go-go” non-stop that my body finally gave out in the middle of an assignment!

This little scenario ended up costing me months being out of work until I was able to get my Voice back and recuperate from this horrible experience!

So yes, dear interpreters, dispatchers, CCAs, Schedulers and all of you who use your work to fulfill your responsibilities TAKE CARE OF YOUR “VOICE”!

Here are some recommendations and things that I do and have done so since this episode.

Taking frequent breaks and being able to move around is so important because it reduces the tension in your body and will prevent you from having other joint/muscle problems.

Taking frequent breaks will give your voice muscle a rest, so try to rest your voice – meaning no talking, or drinking cold drinks.

Voice scientists advise those who use their Voice to work “to think of voice pacing on three levels:

Besides posture, breaks, and vocal pacing, you must also practice good voice hygiene. These tips have helped me keep the throat moist and free from irritation so that my vocal cords are less likely to be injured:

Get Help Early; Listen to Your Body

I would love to hear what you do to keep your Voice Healthy while working.  Let me know in the comments.

I also invite you to check out this YOUTUBE VIDEO

A multi-passionate entrepreneur, business coach, professional interpreter, interpreter trainer, problem solver, and former CEO. Dedicated to helping you start, scale, and build the business of your dreams! When I'm not working & helping my clients, you can find me traveling with my family; camping, hunting, hiking, skiing, jet skiing, dancing or sipping a glass of wine, or drinking margaritas or a Corona.  Yes, we love to have fun! SHOP MY AMAZON STORE

Start Your Own Business

Boss Up and Rise Call!

Learn some Quick Credit Repair Strategies to help you improve

How to Repair Your Credit in just a few steps

Repair your credit in just a few steps. How many

It’s important to take care and protect your home if you own one.

The process of finding a new home is never simple.

Make Your Dreams a Reality

Not sure where to start? The CEO Hustler Mastermind can help you